Since there are so many over qualified candidates for this job in the Nutmeg state and so few good jobs available anywhere, I thought I would pass along this Think Progress opportunity:

ThinkProgress is hiring a reporter/blogger to join our team at the Center for American Progress Action Fund. We're looking for enthusiastic applicants who have strong research/writing experience, have a desire to consume large amounts of news, have a passion for researching and reporting online, and don't mind being stalked by Bill O'Reilly's crew. Our new team member will produce content for ThinkProgress and our daily e-newsletter, The Progress Report. This is a full-time salaried position with benefits and requires the candidate to work out of our Washington, DC offices. A full job description can be found here. If you're interested, please email us your resume and a cover letter.

What do you really think she really meant when Jane Harman was demanding all of the tapes be released to her?

Harman: "Bring It On"

In a MSNBC appearance moments ago, Rep. Jane Harman (D-CA) gave a strong denial that she in any way intervened in the AIPAC case or sought to make a deal to intervene in return for support for her becoming chair of the intel committee.

Trying to turn yourself into a victim of illegal spying is not going to change the fact that you are busted.

Also, AIPAC is not an advocacy group. They are a faux political arm spying on our country and helping American neoconservative traitors in a coordinated effort to spread propaganda for a foreign countries' interests.

The indictment of the two senior AIPAC staffers follows the indictment in may of Feith's footpad Larry Franklin. Franklin worked in the Office of Special Plans, run by then-Undersecretary of Defense for Policy Douglas Feith, who reported to then-Deputy Defense Secretary Paul Wolfowitz. The OSP functioned as a "shadow" intelligence service on Iraq, and provided much of the information to the White House that was used to justify the American invasion of Iraq. Some wags have called it "Feith-based intelligence", since much of that intelligence and information has now been proven to be utterly false. At the beginning of May, Franklin was arrested by the FBI for the passing of classified documents to two AIPAC staffers, who were then to pass them to Israel. The documents in question concerned Iran.

One of the two newly-indicted AIPACers isn't just anybody. Steve Rosen, 63, is the man who built AIPAC into the $40 million dollar Capitol Hill powerhouse it is today. Buried in a Washington Post profile of AIPAC from May 19 is the skinny on Rosen as the power behind the scenes at AIPAC. Said the Post:

"For more than two decades, Rosen has been a mainstay of AIPAC and the architect of the group's ever-increasing clout. Though Rosen was listed below Executive Director Howard Kohr on AIPAC's organizational chart, people familiar with AIPAC's history say that Kohr is a protege of Rosen's and got that job with his help. Kohr declined to be interviewed about Rosen. 'He [Rosen] is a quiet guy,' said M.J. Rosenberg, director of policy analysis for the Israel Policy Forum, another pro-Israel group, and a former AIPAC employee. 'But everyone knows he's the brains behind the outfit.'"

Now, just what is AIPAC, you may well ask? AIPAC is the enforcer of the knee-jerk support for the Israeli government which characterizes the political and governing classes in this country, -- Israel is the real third rail of American politics: touch it with criticism, no matter how carefully couched, and you die. Both the Democratic and Republican parties fall all over themselves to kiss AIPAC's boots -- because AIPAC and its well-filled war-chest helps make sure they toe the line on Israel, and has been responsible for the defeat of a significant number of politicians over the years who dared to criticize Israeli policies. Earlier this year, AIPAC played a major role in destroying the candidacy of Tim Roemer for chairman of the DNC. There's an in-depth, critical profile of AIPAC by RightWeb's Michael Flynn that gives an in-depth look at AIPAC's arm-and-leg-breaking political style. And the newly indicted Rosen is The Man Behind the Curtain. Even though he formally resigned from AIPAC, the organization is paying his legal bills, and Rosen is still pulling the strings.

The reason for putting some daylight between Rosen and AIPAC is that the puissant political arm-twister is deathly afraid it will be forced to register as a foreign lobby, as the Jewish weeily The Forward reported earlier this year. Americans don't like the sight of their elected officials pocketing campaign cash from foreign governments, and AIPAC fears being forced to register formally as a lobbyist for Israel would thus diminish their clout on Capitol Hill. Bush won't make AIPAC register, and the spinless Democratic Congressional leadership won't lead the charge to make them do so either. But today's indictments of string-puller Rosen and his AIPAC colleague for spying on the U.S. gives progressives who want to see a peaceful, two-state, land-for-peace solution between Israel and Palestine a strategic opening to press loudly for AIPAC's formal shil registration as a shil for the government that built the Israeli Wall of Shame. It's a measure long past due.

Yeah... Harman may be just a horsehead in the bed... A warning shot to other guilty politicians. But she is also a fool if she thinks we are buying any of her faux outrage.

Yesterday, the Blogosphere erupted with Jeff Stein's CQ article suggesting that Jane Harman may have interfered in the prosecution of alleged Israeli spies in exchange for a committee chairmanship in the 2006 congress. The information was based upon leaks from wiretaps, according to the CQ article, of a "suspected Israeli agent". Today the NY Times adds new information that should send a chill down everyone's spine. The wiretapped "suspected Israeli agent" was working closely with California Billionaire, Haim Saban, a Major Democratic Donor. This whole affair is starting to smell rotten....

[update] I think that this Think Progress headline says a lot about the stupidity of Harman's position:

Harman: 'I'm Just Very Disappointed' NSA Wiretapped Me, After I Voted To Allow Them To

With That Smoking Gun In Your Hand?

AN SUSTEREN: Even if it's -- first of all, is waterboarding torture?

LIEBERMAN: Well, I take a minority position on this. Most people think it's definitely torture. The truth is, it has mostly a psychological impact on people. It's a terrible thing to do...

Why do I think it was a mistake to give it out? I wasn't necessary. It just helps our enemies. It doesn't really help us.

Again, the president can decide what tactics he wants the CIA or the military to use on people we capture, suspects of terrorism. But to let our enemies know what we are going to do or not do, that's not a good idea.

The President of the United States of America is subject to every single law and treaty that every single other American citizen is subject to. If his decisions are not legal within the framework of the law then he should be tried and found guilty of the crimes.

And those of you that participated in engineering these decisions to carry out these crimes of torture and rendition and/or participated in the cover up of these crimes are accomplices and just as guilty as the CIA officers, contractors and soldiers and prison guards that did your dirty deeds.

And it is no longer some BS debate about whether or not it was torture.

And you will all be served your just desserts at the end of the criminal investigations.

And moving forward is impossible without looking back.

And Obama, the media and others can stop lying to yourself about bullshit catchphrases of "enhanced interrogations." This was torture.

Method for lobbying Congressional members and White House administration officials that push for hate based and bigoted legislation against the LGBT community and Marriage Equality: 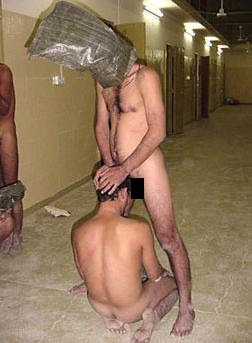 Making them face their own inner demons that are, often times, based on a self loathing because of repressed feelings concerning their own confused sexuality might begin to arouse their interest in equality for all as founding documents clearly defines it.

Standard Connecticut policed state disclaimer: Please read and clearly understand the meaning of "SNARK" before you waste my time and the taxpayers money following me around on the internet and in the real world. Just remember how stupid illegally harassing Ken Krayeske made all of you look.

This the second in the "Torture as a Lobbying Tool" series:

Method for lobbying Congressional members and White House administration members that push for funding of energy non-solutions such as the proven mythical "clean coal": 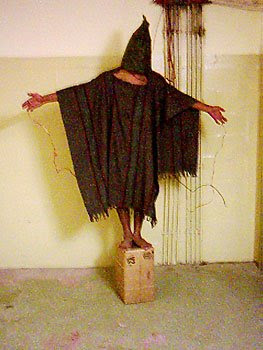 The symbolism of turning their mythical clean energy into a tool for lobbying for real clean energy solutions ought to shock them into doing the right thing.

Standard Connecticut policed state disclaimer: Please read and clearly understand the meaning of "SNARK" before you waste my time and the taxpayers money following me around on the internet and in the real world. Just remember how stupid illegally harassing Ken Krayeske made all of you look.
Brewed by Connecticut Man1 at 4/19/2009 10:33:00 PM 3 comments: