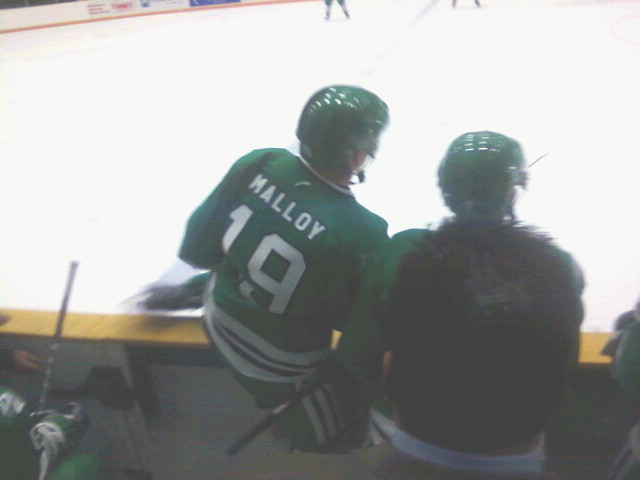 Dan Malloy jumping off of the bench of the Danbury Whalers shortly after scoring the first goal in Whalers' history.

[update] I have an interview from after the game at TK's. Let me say, in advance, that he was a bit reluctunt to give it since I am a political blogger... But as a hockey fan I promised to make it about the real story: The first goal in Danbury Whalers' franchise history, his assist, and the team with no more mention about his family than "say hi to'em".  The young man is a team player. (Saw ctblogger at the game, as well, and he had his cam rolling so he may have some footage to add to the game story).
Brewed by Connecticut Man1 at 10/29/2010 08:05:00 PM 2 comments:

Funny or Die pretty much sums up what we are dealing with when we talk about the Tea Party:

A slightly misogynist message (Probably a bit NSFW, too) to another aspect of the Tea Party that we have to deal with below...

Reaganing - Even Liberals will Drink to This!

For a little levity during this political season, watch the 30 Rock episode titled "Reaganing." If you don't have access via on-demand, check it out: