It is way too early in the morning but I figured I'd check for the latest Quinnipiac poll results for the Connecticut Governor's race:

In a Democratic primary matchup, Bysiewicz gets 26 percent to 23 percent for Lamont, with 9 percent for Malloy. No other contender tops 3 percent.


With no candidate on the right to compare, all I can say is that it looks like Susan Bysiewicz is the early front runner in the race for the Democratic party nomination.

And it looks like Rell may still be able to squeak out on a bit of a high note barring anymore news of the scandal involving Dautrich - AKA: Rell's Brain - and Quinnipiac leaking out. Of course, this poll was, I believe, taken before the news of subpoenas going out in that scandal.

Voters are starting to trend towards a lower opinion of Connecticut political ethics during the Rell years... Quite punch to the gut when you consider Rowland was the previous Governor.

Why this trend? Might just be because of information: 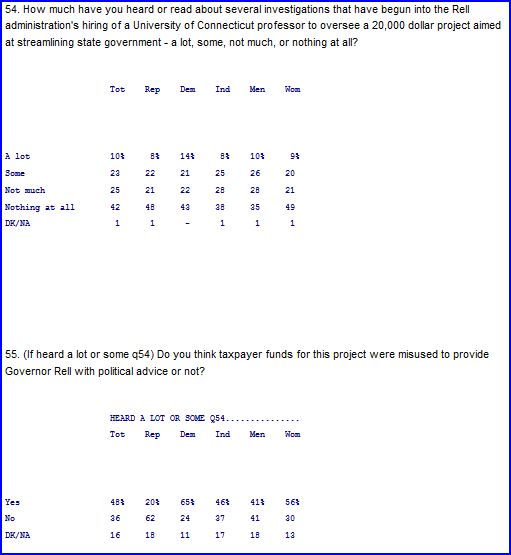