Brian David Anderson was arrested in Spain in March, but you don't hear a thing as his ties to the card carrying Republican Al Qaeda terrorist Abdul Tawala Ibn Ali Alishtari are going unreported in the American MSM. Hundreds of people defrauded, MILLIONS in fraud, terrorism ties, BUT nothing from the MSM.

Brian David Anderson was arrested in Spain in March. This guy was supposedly running a ponzi scheme and was picked up after defrauding hundreds of people out of millions of dollars.

A Canadian under investigation in British Columbia and Ontario for allegedly scamming millions from investors was arrested in Spain yesterday for his suspected role in financing terrorist training camps. 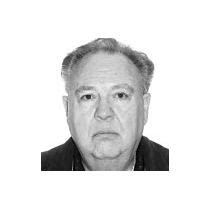 Spanish police said they had arrested businessman Brian David Anderson at a Madrid hotel for his alleged involvement in financing terrorist camps in Afghanistan. 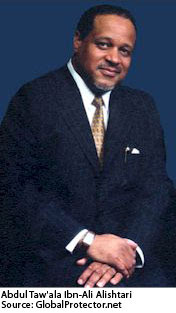 Thank you to those that got this story moving originally. Raw Story, Crooks and Liars, and Josh Marshall, whose his readers have been dig, dig, digging.

This story should have had legs of its own... What the heck was the NY Post doing trying to pass this guy off as a "Peace Activist"?

"A Westchester businessman and purported peace activist was nabbed by the feds for allegedly plotting to funnel more than $150,000 to terrorists at training camps in Afghanistan and Pakistan."

Peace activist my ass! This guy is so up to his eyeballs in the GOP and full of it.
As it turned out Alishtari actually donated more than the originally reported $15,500 to the Republican party coffers... About $35,000.00 in total.

Abdul Tawala Ibn Ali Alishtari, indicted two weeks ago for financing terrorists in Afghanistan among other charges, gave more than $35,000 to Republican campaign committees, not $15,000 as was reported earlier.

A $20,000 contribution from Alishtari to the National Republican Senatorial Committee on August 29th, 2003, was not previously reported because his name was misspelled ("Allshtari") on the NRSC's disclosure form to the Federal Election Commission (unfortunately, such misspellings are fairly frequent). Alishtari's online CV stated that he was named an "Inner Circle Member for Life" of the NRSC.

As for Anderson's accused involvement in terrorism funding with the Republican terrorist, they haven't released much on that yet, but it appears like Alishtari may have been planning on using his ponzi scheme investments for more terrorist funding, "IF" I am reading this correctly:

The connection between Mr. Anderson's alleged investment scheme and terrorist financing surfaced at a hearing held on Feb. 26, when the commission introduced as evidence the U.S. allegations. The Ontario Securities Commission has also accused Mr. Anderson of violating provincial securities law.

At least $25,000 was transferred from a New York bank account to an account in Montreal "with the intent that the funds be used to provide material support to terrorists," the U.S. prosecutors said, adding the money was to be used for, among other things, the purchase of night-vision goggles.

The indictment says Mr. Alishtari transferred the money "in exchange for payment," suggesting his alleged involvement in the scheme may have been motivated by profit rather than support for the terrorist cause.

The indictment also accuses Mr. Alishtari of committing a "massive fraud" by operating a loan program called the Flat Electronic Data Interchange, which was part of Mr. Anderson's Alpha Program.

Anderson supposedly used a pressure sales pitch and had reportedly tried to bilk people out of their money, sometimes as much as $125,000.00 from marks, in the "Alpha Program" in Los Angeles, Philadelphia, Fort Lauderdale, Miami, London and Portland, as well as in Canada.

I am wondering why we have heard so little of this card carrying Republican terrorist and his partner in crime in the American MSM considering the amounts of money and terorism charges involved?

Well, except for Keith Olberman on Countdown, (h/t ctblogger) who gave Alishtari the Bronze when his terrorist links first broke in February:

[update] Welcome to Crooks & Liars, Knoxviews, and Buzzflash readers that came by to check this out.

As was pointed out by standingup at EpluribusMedia: Anderson is a Baptist minister and it is notable that they targeted many Baptist parishoners to be fleeced in their ponzi scheme. But sadly, this doesn't follow the MSMs' carefully scripted storyline that the "The Democrats support Terrorists" and the crickets chirp all throughout the media.

The Terrorist Organization Formerly Known as the Republican Party(TOFKRP) definitly belongs on any list of terrorist organizations to be watched!

I couldn't agree more. A few years ago I might have thought that their party could be salvaged but the politicization of 20 government agencies, including the DoJ that should be policing them, has proven they are beyond redemption.