The Red State Trike Force has lost their way and is desperately recruiting more people to push the GOP's continued descent into obscurity... 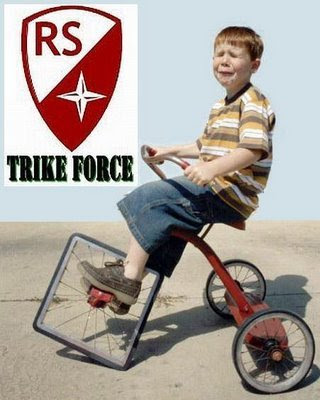 Eric Cantor and Michael Steele are doomed to kill off any support from the remaining base in their already splintered party if they try to win new voters over by repudiating the radicals on the right, and doomed to remain in the minority and even more likely to make the GOP a third party in the political pecking order if they continue to appease the batshit loopy base they have to work with now.

You forget that Michael Steele has hip hop to bring in new voters.

If Steele miraculously manages to bring in a few Hip Hop voters the few remaining white nationalists that didn't bolt when Steel was given his job will leave. Like I said: Damned if they do and damned if they don't.

I don't really think Steele will last much longer in that job.

Not with the FBI on his tail and the far right coming at him from in an Oxy-Rush, beach bum.