The Report the Government Didn't Want You to Read

The "Iraqi Perspectives Project - Phase II" is up for your reading pleasure:

ABC News has requested and obtained a copy of the Pentagon study which shows Saddam Hussein had no links to Al Qaeda.

It's government report the White House didn't want you to read: yesterday the Pentagon canceled plans to send out a press release announcing the report's availability and didn't make the report available via email or online.

Based on the analysis of some 600,000 official Iraqi documents seized by US forces after the invasion and thousands of hours of interrogations of former officials in Saddam's government now in US custody, the government report is the first official acknowledgment from the US military that there is no evidence Saddam had ties to al Qaeda.

Meanwhile... The right wing is grasping at straws (and strawman arguments) to try and justify the criminal bush administration's illegal invasion and occupation of Iraq.

I am glad they posted it because I didn't like waiting for my copy in the mail. You can find the "Iraqi Perspectives Project - Phase I" over here. Both of the reports are some pretty heavy reading and won't make as much sense if you aren't familiar with the background of the many organizations mentioned (which would explain the right wings confusion, since they never understood any of it from the beginning as evidenced by their screwing it all up) and they are not exactly written in an entertaining style.
Brewed by Connecticut Man1 at 3/14/2008 02:27:00 AM 4 comments: Links to this post

Watching Them Watching You...

According to the ACLU, the fear mongering government figures there are about 927,269 terrorists walking amongst us all at this very moment:

Why are there so many names on the U.S. government's terrorist list?

In September 2007, the Inspector General of the Justice Department reported that the Terrorist Screening Center (the FBI-administered organization that consolidates terrorist watch list information in the United States) had over 700,000 names in its database as of April 2007 - and that the list was growing by an average of over 20,000 records per month.1

At that rate, our list will have a million names on it by July. If there were really that many terrorists running around, we'd all be dead.

On Countdown last night, Keith Olbermann and Rachel Maddow sum up just how stupid this bush stunt was:

Radio talk show host Rachel Maddow discusses President Bush’s speech at his final Gridiron Dinner in which he made light of his own failures which have damaged America.

KO mentions at the end of the clip that there will be a special comment coming up tonight on the Ferarro/Clinton insanity. ctblogger has a lot up on that:

It gets worse as Geraldine Ferraro goes batshit crazy against Senator Chris Dodd saying the senior senator supports Obama because "the guys stick together" while throwing the race card in Congressman Rosa DeLauro saying the reason for DeLauro supporting Obama is because of her black constituents. 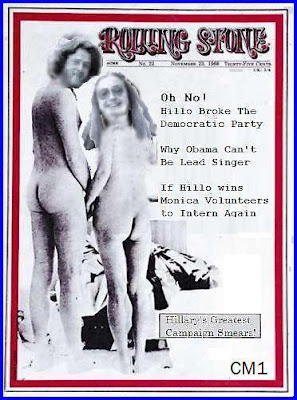 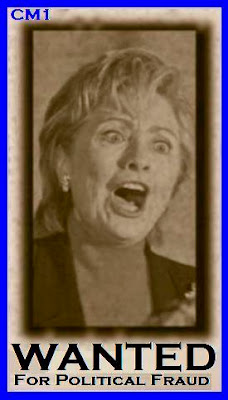 Some of Kathy's post is confusing, so she has provided some clarification:

I used a figure of speech that might be confusing for readers and I want to clarify: By December 18 I got all of my donations back.

I happily donated $2,000. They had my VISA card on file. Unauthorized donations were made.

In addition, I was actually double charged for an event that I did attend.

I would say this in a court of law. I am an honest person...the following statement is true down to the letter:

Matt McQuenney who works in the compliance department at HRC headquarters told me verbatim -"What happened to you with credit card errors is happening to others,. You are not alone. Kathy, I'm trying hard to find out where and who it's coming from. What's going on!"

I voluntarily left the Hillary Finance Committee after I discovered more than $3,000 in unauthorized charges from HRC campaign on my own VISA card! And that set off a wave of overdrafts and $400 in bank charges that I was stuck with. And the compliance officer Allison Wright at Hillary VA headquarters refused to reimburse me for the charges. And the senior finance reps who I notified about more than $3,000 in unauthorized Visa Charges never once aplogized or empathized with my plight, much less sent me a "sorry for all the trouble" note and a check!

Unbelievably, it took me more than a month of pleading and begging via email to get the money back. I was told verbatim:

"Kathy Callahan, you are going to be with us all the way to the White House...So let's leave the money where it is and we'll save time on inevitable future donations and transactions!"

I went into a state of abject shock, disbelief and later anger! Heartbroken. I didn't want to report this entirely correctable problem to anyone outside the Hillary campaign! One long month later, and at the behest of a bank executive who said to me a few days before Christmas Eve, "You are way way way over the legal donor limit, Kathy! What are they thinking? Are they thinking at all?"

So I followed his direction and filed a police report in Ridgefield.

After she filed the police report the Clinton campaign finally returned her money. She is an Obama supporter now. You can read the entire diary here. I am certain you are thinking to yourself this is a made up story. I know I did when I first read it! Well? So did Blue Jersey admins. (worried about libel suits). Then in comments came this information:

Here is a press release on hillaryclinton.com listing Kathy as a member of "Hillary's New Jersey Women for Hillary Council"

This was a story in the Herald News:

Obama's message had already resonated with Kathy Callahan of Ridgefield months ago, when she said she defected from Clinton's finance committee to support Obama.

"Hillary speaks to my mind," Callahan said. "He talks to my mind and heart and soul as a Democratic activist. There is a difference. It's inspiration into action."

The FEC report for Kathy is available online and corroborates the numbers Kathy gave.

This is straight eh! ehffed up. And you can bet that it is busting Blue Jersey's sitemeter... heh 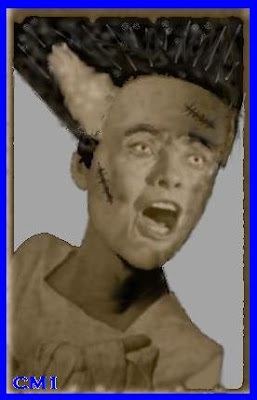 As a side note: This diary is for my wife! ;) She always complains that I go too easy on Hillary Clinton. I just don't have anything personal against Clinton, nor do I share the right wings irrational hatred of her. I just don't like her policies, votes, and I especially do not like the team of conservative-lite beltway insiders she will bring with her in that one in a million chance she wins the nomination, never mind the presidency.

Hey! It's not like Hillary Clinton is a monster or anything but... Well? You get the picture.

What do Spitzer and Rove have in common?

I haven’t been indicted yet, but I fully expect to be by the end of the year.

The University paid Rove $40,000 for the speech and had to agree to limit “recording equipment and flash photography” to “the first five minutes of the lecture.” At the end of the talk, an audience member shouted at Rove: “Can we have our $40,000 back?” Rove replied: “No, you can’t.”

Just last week, federal prosecutors arrested four people in connection with an expensive prostitution operation. Administration officials would not say that this was the ring with which the governor had become involved.

But a person with knowledge of the governor’s role said that the person believes the governor is one of the men identified as clients in court papers.

The governor’s travel records show that he was in Washington in mid-February. One of the clients described in court papers arranged to meet with a prostitute who was part of the ring, the Emperors Club VIP on the night of Feb. 13.

An affidavit filed in federal court in Manhattan in connection with that case lists six conversations between the man, identified as Client 9, and a booking agent for the Emperors Club.

The lawsuit filed in federal court says Miers is not immune from the obligation to testify and that she and Bolten must identify all documents that are being withheld from Congress.

The lawsuit says executive privilege -- intended to protect the confidentiality of advice from the president's closest advisers -- does not cover documents that don't involve the president.

The privilege also does not cover documents whose contents are widely known, previously released or that were the subject of extensive, previously authorized testimony, the lawsuit adds. 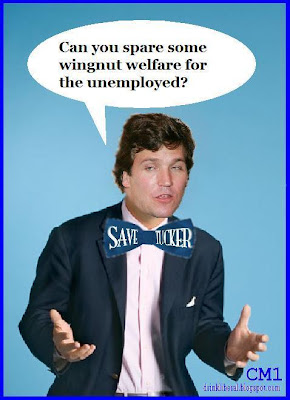 I'm surprised Tucker Carlson's barely watchable show lasted as long as it did.

Insiders tell TVNewser Tucker Carlson's 6pmET show Tucker is getting the axe, but Carlson stays on as a political contributor to all MSNBC shows at least through the 2008 election. The official announcement, expected tomorrow, will include details about who will replace Tucker at 6pmET as well as other political programming additions. Sources say the network is going to beef up its schedule with more NBC News talent.

In recent days, Jossip, as well as other blogs, ratcheted up the talk that Tucker would be replaced "for a new project." In its 33-month run, Carlson's show has had two names, four time slots and multiple formats. At 6pmET, it builds on its Harbdall lead-in on some days, but loses audience on others.

Carlson is expected to host the show through next week, with his new role and title to take effect March 17. We're told he'll also be reporting from the campaign trail.

[update] Via Crooks and Liars:

Finally! We have documented many of Tucker’s atrocities during his time at MSNBC and have been asking for this for years. Carlson will remain at MSNBC as a contributor for the time being, but at last, there’s a chance we’ll see a reality based, progressive show in that time slot. Rumor has it Air America Radio’s Rachel Maddow is working on a show for the network — we can only hope she gets her shot. She’s earned it.