Not really. But they are becoming less and less relevant to the political equation in what is clearly a center-left America: 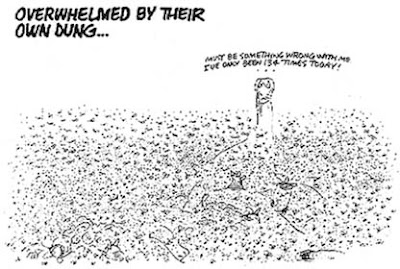 The Democratic Leadership Council — a group of centrists that dominated politics during the Clinton presidency but is laboring to remain relevant in the Obama era — is on the brink of a major shake-up.

Al From, the DLC’s founder and leader since its creation 24 years ago this month, said he plans to step down within the next couple of months, handing the chief executive reins to his longtime protégé, Bruce Reed.

At the same time, the Progressive Policy Institute, an influential think tank closely affiliated with the DLC, will soon part ways with the council. Will Marshall, who heads the think tank, said the recent Democratic electoral gains and a massive new agenda being pushed by the Obama administration “require us to think anew.”

Sadly, I am sure that Ford will find some way to recycle himself.