Two weeks ago, on June 25th, U.S. Army Pfc. Andre Craig Jr. of New Haven was killed in Baghdad as the Humvee he was riding in was hit by an improvised explosive device, leaving behind a wife and a six-month old daughter who he had met for the first - and last - time just this past May.

The funeral was yesterday. And Sen. Lieberman, he who "grieves for every casualty of this war" so much that he is doing everything in his power to keep our soldiers in harm's way, wasn't there:

Among those not in attendance was U.S. Sen. Joe Lieberman. He sent a representative in his place. That angered some of the mourners like the Rev. Anthony Brown Sr., as well as the curious who gathered in the small park across the street just in front of Dwight Elementary School.

While he who "grieves for every casualty of this war" more than anyone else didn't have time to pay his respects to a fallen soldier from his own state yesterday, Sen. Lieberman did somehow find the time to do a radio interview on WNPR, and have an insane warmongering op-ed placed in the Wall Street Journal calling for even more of our troops to have their lives endangered by invading Iran.

Yes, all of Connecticut can be really proud of repulsed by neocon junior's recent behavior. Meanwhile, in Iraq:

Suicide bombings across Iraq killed nearly 150 and injured scores, including a massive truck assault in a northern Shiite village that ripped through a crowded market, officials said Saturday.

The violence came as the U.S. military on Saturday reported the deaths of eight American soldiers over the past two days, all killed in combat or by roadside bombs in Baghdad and the western province of Anbar. A British soldier was reported killed in fighting in southern Iraq.

The worst carnage unfolded in the Shiite Turkoman village of Amarly, 50 miles south of Kirkuk, when a suicide bomber rammed a truck laden with explosives into the central market, which is near a police station, officials said. The attack killed at least 115 people and wounded at least 210, according to district and hospital officials, adding that they expected the death toll to rise.

If this happened anywhere in America it would be used to justify a nuclear war against Iran. Bet on it. But it didn't happen in America and this wasn't a stupid BBQ tank car bomb that didn't go off.

Had enough of this CATASTROPHIC SUCCESS yet?

Here is another report on the catastrophic success in Iraq from retired Lt. Gen. Ricardo Sanchez:

Calling the situation there bleak, retired Lt. Gen. Ricardo Sanchez also said America has been in the grips of a leadership crisis since 9-11, and that only a sweeping re-examination of Iraq and a renewed, long-term commitment there that includes a large U.S. troop presence will turn the tide of the conflict.

"I think if we do the right things politically and economically with the right Iraqi leadership we could still salvage at least a stalemate, if you will — not a stalemate but at least stave off defeat," Sanchez told the San Antonio Express-News. "It's also kind of important for us to answer the question, 'What is victory?', and at this point I'm not sure America really knows what victory is."

"I am absolutely convinced that America has a crisis in leadership at this time and we've got to do whatever we can to help the next generation of leaders do better than we have done over the past five years," Sanchez said, "better than what this cohort of political and military leaders have done."

Again... For those of you that might not understand the picture of the Iraq situation and American leadership that Sanchez is painting for you: 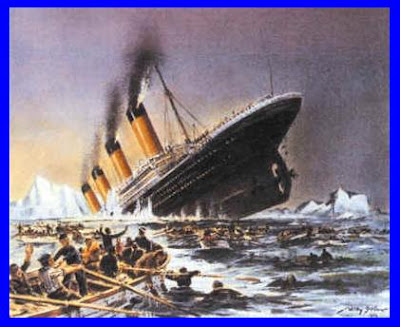 there was another military death on Friday(?)this guy was originally from Brookfield.

From the Cournat site linked above :
A 30-year-old Navy SEAL who was a Brookfield native was killed Friday by an improvised explosive device during a combat mission in Baghdad, military officials confirmed on Saturday.

Special Warfare Operator 1st Class Jason D. Lewis was one of three sailors killed by the bomb. Naval officials would not release any more details on how or where Lewis was killed or what the sailors were doing when the bomb exploded, citing security concerns.

He leaves behind a wife and three children. His wife is also originally from Brookfield. I can't imagine what she nad her/his family is going thru right now (

We can only hope the family will get through this.