Via afterdowningstreet.org - Ya gotta love a Pink Lady!

While they are involved in this typically bold action, Via the WaPO, there is an air of excitement evident in other positive actions that they will be undertaking at this historic event:

Code Pink, Arrest Bush, the Coalition for Peace and other liberal activist groups plan to jam the Mall and line the parade route on Inauguration Day. They will hoist banners, wave signs and call for action. It might look a lot like a protest rally. But don't call it that.

"It's not a protest; it's a celebratory event," said Jose Rodriguez, a longtime activist who is coordinating an Arrest Bush demonstration in front of the FBI building Tuesday.

"We don't want to be seen as protesting against [Obama] so much as pushing him to fulfill his promises," said Medea Benjamin, founder of Code Pink. "It's totally, totally different."

I, for one, am always impressed by the bold actions they have taken on behalf of those that think just writing about all of these problems will make things happen. Actions that some of these same "thinkers" would denigrate because they think things will just suddenly change if we ask nicely. Politics in the USA is a push and shove game and the media will ignore those that are passively watching the real shakers and movers that bring much needed attention to these thoughtless idealists. You need to take a carrot and stick approach. And CodePink is the stick that has been shoved so far up the asses in Washington - much to others bemusement and my admiration.

Dissent is patriotic and these ladies are some of the most active patriots in modern American history.

Bottoms up and here is to you and everything you do, CodePink: 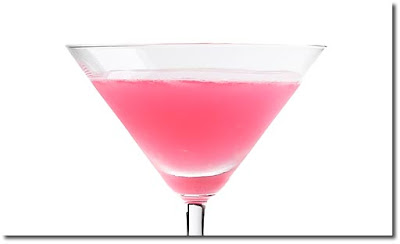 They're absolutely welcome to come to the parade and protest peacefully; as long as they don't block my view, that is.

As respectful a videographer as you tend to be, some of your "Gotchavism" videos might be considered to be almost as bold and in yer face as their tactics and actions - If you asked someone like "stairwell" Lieberman or "I will crush you!" Aman. Though, I do not think you would look good in pink? (No offense there, buddy!)

But I just don't want a bunch of pink feather boa-wearing wackos blocking my freakin' view! As obnoxious as I've been occasionally while shooting video (although I was always respectful) I never blocked anyone's view with a feather boa!

All I want is the same courtesy. Is that too much to ask?