Wilkes Ship Has Come In 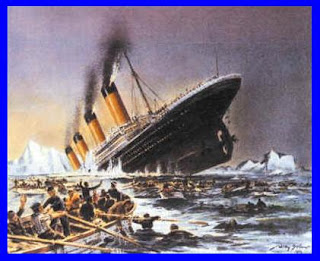 And much like the "Duke Stir" it is a sinking ship:

This guy is a real piece of work and deserves scrutiny for more than just bribing Randy "Duke" Cunningham:

Republican Cronies Were Scanning OR Reading?

Josh Marshall over at TPM digs this up:

If you're a Cunningham case afficionado, you know that in early 2002 Mitchell Wade was still acting as a cut out for his corruption mentor Brent Wilkes -- who's now awaiting trial in the Cunningham case. And around the same time Wilkes was greasing palms in DC trying to get into the Anthrax mail screening racket himself.

He got some help from Rep. John Doolittle (R-CA) who got money from Wilkes. We pick up that part of the story from the San Diego Union-Tribune from March 19th, 2006 ...

Julie Doolittle was working at Buckham's offices in 2002 when Buckham introduced Brent Wilkes to her husband. Federal contracts for his flagship company, ADCS Inc., were drying up, partly because the Pentagon had been telling Congress it had little need for the company's document-scanning technology. So Wilkes was trying to get funding for two new businesses.

One was tied to the 2002 anthrax scare, when tainted letters were sent to Capitol Hill. Wilkes' idea was to have all Capitol Hill mail rerouted to a site in the Midwest, where ADCS employees wearing protective suits would scan it into computers and then e-mail it back to Washington.

He called his proposed solution MailSafe – similar to the names of several anti-anthrax companies launched at that time – and began vying for federal contracts, even though the company had little to its name other than a rudimentary Web site.

The House Administration Committee, on which Doolittle sat, oversees the congressional mail system. Doolittle told his colleagues about MailSafe and introduced them to Wilkes, but the project never got off the ground.

Note the reference to the House Administration Committee. That was the committee then chaired by another Abramoff buddy -- the now-imprisoned Rep. Bob Ney (R-OH). And Ney, as he'd earlier done for Abramoff associate Adam Kidan, actually read into the House record an encomium to Wilkes.

So it all comes back to the same question. Why did a company like Wade's, which had no track record whatsoever and had only been approved to receive federal government contracts two months earlier, get a contract from the White House to screen the mail of the President of the United States?

Are you sure it was only the Presidents mail they were screening?

Wilkes' idea was to have all Capitol Hill mail rerouted to a site in the Midwest, where ADCS employees wearing protective suits would scan it into computers and then e-mail it back to Washington.

All Capitol Hill mail? Wouldn't that mean that these Republican cronies were also "scanning" sensitive mail from the Democratic party side of the aisle (and to and from God knows who else inside the Hill?) as well?

To me, this seems to give these Republican cronies the ability to spy on people's mail if they were unethical enough to abuse this contract for their corrupted GOP's advantage... Does anyone think these guys weren't reading what they were scanning? "Oooh, here's a hot one! Send it to Karl..." It's not like the GOP has ever been known to be ethical when given the opportunity.

I still want to know what these corrupt and immoral republicans were doing with all of that access to Capitol Hill mail.
Brewed by Connecticut Man1 at 11/05/2007 04:02:00 PM