State Dept. Thanks Heavens for Dictators

It's not as if these Wackos of Mass Distractions at every level of the failing bush government could get any more stupid and incompetent:

I am sure that these guys are not thanking heavens for this distraction from the republican warmongers' failures in Iraq:

You can bet these guys aren't praying for distractions from the GOP's failures: 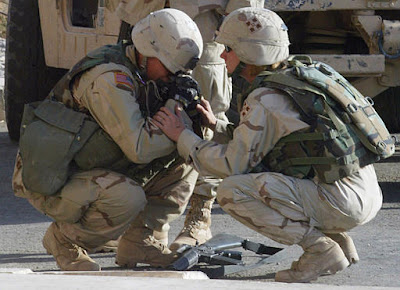 "U.S. soldiers comfort each other at their base after a roadside bomb exploded as a U.S. convoy was driving by in Saddam Hussein's hometown Tikrit, Wednesday, Oct. 1, 2003. Three soldiers from the 4th Infantry Division were wounded." (AP Photo/Karel Prinsloo)