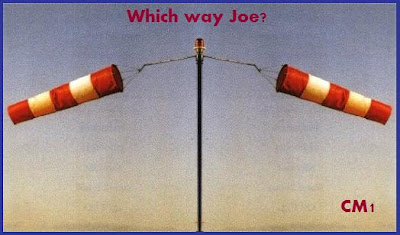 We really want to know which way the wind blows, Joe? The other day you were dead set against the Public Option, much to the chagrin of Connecticut voters. And now?


Sen. Joe Lieberman has reached a private understanding with Majority Leader Harry Reid that he will not block a final vote on healthcare reform, according to two sources briefed on the matter.

The unpredictable Democrat-turned-Independent last week publicly stated he would join Republicans in filibustering the Democratic legislation after Reid (D-Nev.) announced he had included a government-run health insurance plan in the bill.

But sources said Reid’s staff is telling liberal interest groups that Lieberman (Conn.) has assured Reid he will vote with Democrats in the necessary procedural vote to end debate, perhaps with intentions to change the bill.