Cindy McCain Busted With Another Man? 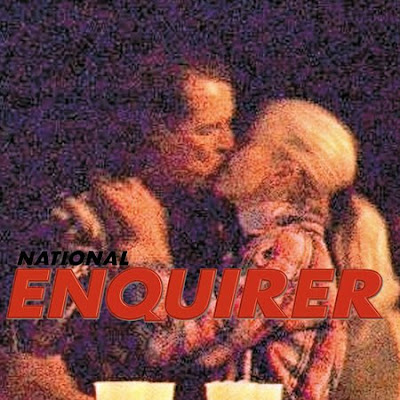 "I couldn't believe I was watching Cindy McCain passionately kissing and hugging another man!"

That's the stunned reaction of an eyewitness who says he watched in shock - and snapped photos - as the former presidential candidate's wife romantically kissed a long-haired man who resembles "a washed-up '80s rock musician."

The wealthy blonde heiress and her secret pal have been spotted together around her hometown of Phoenix, Arizona over the past several years, say sources.

All I can say is BWAHAHAHAHAHA!

[update] According to the HuffPo:

A reader notes that this story is particularly dubious because Cindy McCain was on a trip to Kosovo at the time of the festival where the photos were supposedly taken.

One grainy photo accompanies the online article -- more are promised in the print edition.

I'll wait and see if they are rope-a-doping Cindy McCain like they did with John Edwards... Releasing really crappy proof at fist and then waiting for denials before printing the real thing.
Brewed by Connecticut Man1 at 11/12/2008 06:20:00 PM